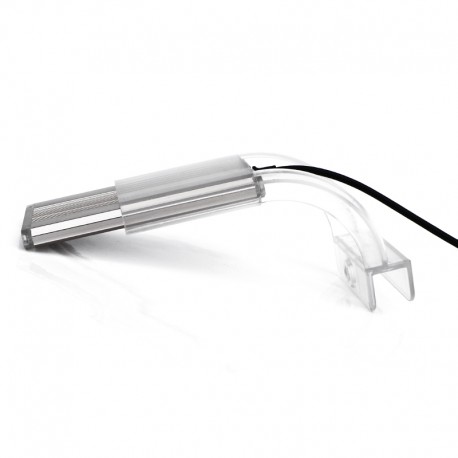 If you purchase this product you will earn 70 Points that you can spend on livestock in our local shop in Portlaoise.
SKU 6955974939907 Categories LIGHTING, SUNSUN, TROPICAL LIGHT Tags 36W, aquarium, cheapfish, dublin, fish, Ireland, Kildare, laois, led, Light, Plants, Portlaoise

SunSun ADP is a series of LED lamps with micro sizes dedicated to freshwater plant tanks. Lamps are characterized by sensational energy efficiency and excellent light output, for which High Brightness LEDs are responsible. The ratio of illuminance to current consumption is 9000 lx / W, where in the case of even the best competition producing lamps for nano tanks is about 3000lx / W.

Micro Smart Power LED SunSun lamp:
It will be used in a small aquarium plant. Its advantages include micro size, energy efficiency, high lighting power, great aesthetics and a very economical price. The lamp is dedicated to everyone who appreciates the reliability of the brand and freshwater aquariums rich in plants.

LEDs in the ADP lamp:
The improved High Brightness LED (HBLED) technology allows for excellent luminous efficacy of approx. 300lm / W. The white LED currently on sale generates: 70-120 lm / 1 W – (303 lm / W was achieved in May 2014). By improving the diode technique, assembly method and diode base, the SunSun manufacturer uses the most effective diodes in its ADP LED lamps.