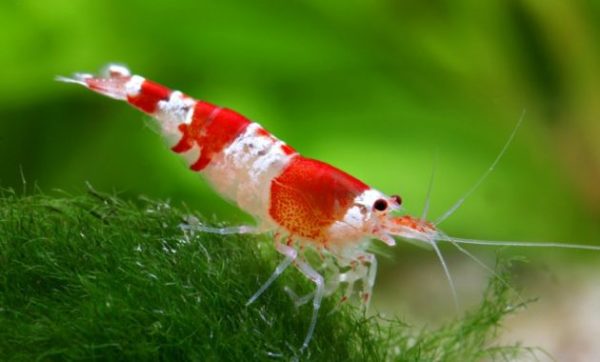 The red crystal shrimp (Caridina cf. cantonesnsis var. Crystal Red Shrimp) is a popular and stunning freshwater dwarf shrimp, that is rapidly becoming one of the most popular shrimp in the hobby. These shrimp are actually a color variant of the humble and diverse bee shrimp. Originally selectively bred in Japan, they are still known as ‘red bee shrimp’ in parts of Asia.

While red crystal shrimp aren’t found in the wild, their ancestors were native to the Guangdong and Guangxi provinces of China, Hong Kong, and some reports indicate they are also found in Vietnam. Bee shrimp are primarily found in small mountain streams.

While there is significant demand for these shrimp in the hobby, nearly all the shrimp available for sale come from farms in Taiwan. Very few bee shrimp are collected from the wild, and color variants like red crystal shrimp are all captive bred – which has resulted in them being slightly more delicate than most other commonly available shrimp.