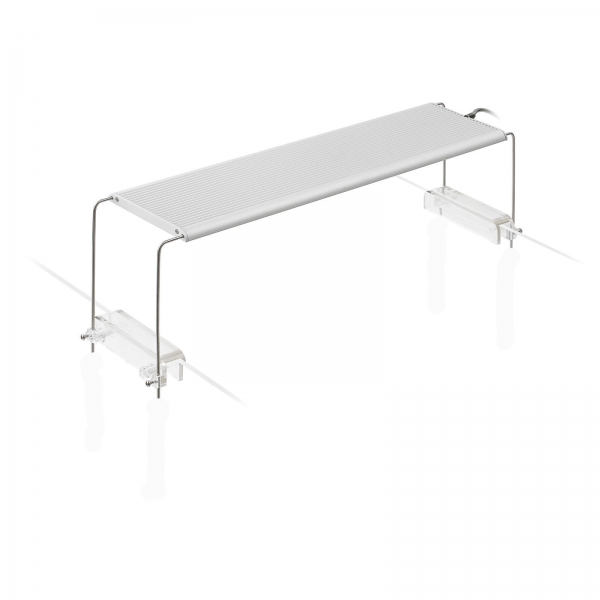 Chihiros LED Light A901 PLUS

Chihiros Series A LED lamps are specially created for densly planted, open fresh water aquariums. They have a very slim design and the evenly distributed LEDs illuminate every tank completely. The LED cover is made of aluminum alloy and finished with anodize surface treatment, which effectively reduces the heat generation problem of the high luminosity LED lamps and prevents the lamp from rust.

It comes with a manual dimmer, which allows an easy adjustment of light intensity in 7 steps. The different dimming steps are 100% – 90% – 80% – 70% – 60% – 50% – 30% of the light output. This comes in especially handy while starting an aquarium, where the light intensity should be raised slowly and according to the plant growth. When used together with a time switch, the last appointed setup og the dimmer is preserved.

Chihiros lamps are not designed to be used under a closed top. It should only be used over open tanks, even the combination with a cover disk is no problem. Under a closed top the LEDs would corrode, due to the water vapour.

Usage under a closed top is not allowed.